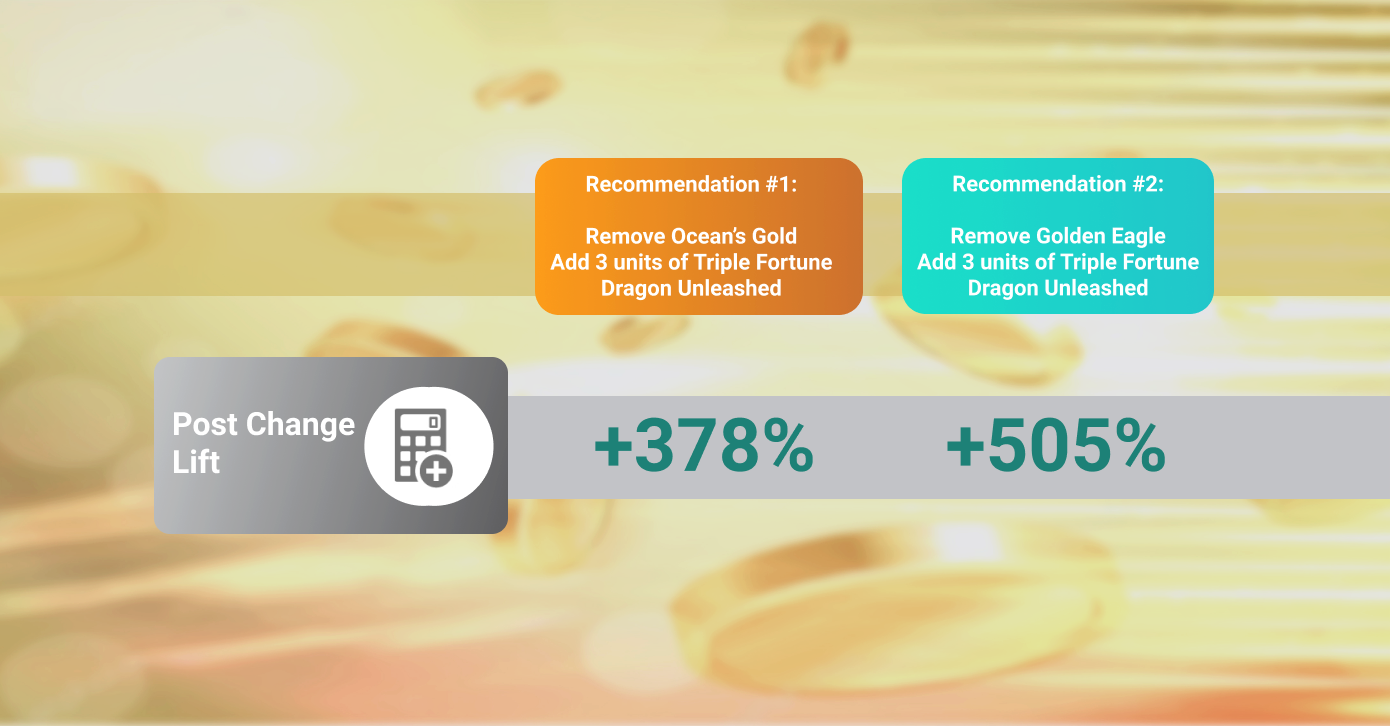 At the start of this case study series, we introduced you to a Pacific Northwest-based casino that was looking to streamline and automate the process of analyzing slot performance and player preference data to make game change decisions that would optimize their revenue potential on the casino floor.

After choosing VizExplorer’s Slot Recommendation Engine (SRE) to drive efficiencies with the analysis process and increase floor performance, the casino had a successful first slot project. The 12-unit change yielded an average project lift of +91%, and the aggregated one-month total net lift provided an ROI that covered the monthly cost of SRE 17x over.

Happy with the results of the initial project, the director of slot operations was ready to further test the abilities of SRE, but this time under different circumstances.

With the first slot project, the slot operations team let the system determine which games to remove and what to add in their place. However, this time, they already had an idea of which games they wanted to focus on.

The director of slot operations had identified three units of Ocean’s Gold and three units of Golden Eagle that they wanted to remove due to the games’ low performance relative to the section and floor averages. And, in checking SRE, the team saw that the system made the same recommendation, reinforcing their decision to move ahead with the project.

The next step was to determine which games to add to the floor, which the simplicity of SRE made easy. On demand, the team was provided with actionable recommendations to replace the removed games. Even better, the recommendations are prioritized based on the potential net lift, which helped them assess the recommendations that were the best fit for the change.

The system, which also allows users to see the data and logic behind proposed changes, recommended adding six units of Triple Fortune Dragon Unleashed to the floor and projected that the change would yield a net lift increase of 186 percent.

Even though the expected net lift (which already accounted for the estimated cannibalization) was promising — and was better than the projections for the first project — the casino’s director of slot operations had some reservations.

Having already built trust in the system by validating the logic of SRE before starting any slot projects, and in seeing that the results from the first project surpassed their expectations, the team decided to move forward with the newest set of recommendations with confidence.

After purchasing the six new units and adding them to the floor, the team was eager to see the outcome. They expected that the same number of people who already played on the existing Triple Fortune Dragon Unleashed units would spend the same amount of money but spread it across the additional units and potentially become oversaturated.

What happened instead came as a surprise.

One month after making the recommended game changes, the casino was already seeing the impact. Similar to the first project, the recommended changes exceeded the expected net lift and, this time, went far beyond what the team had anticipated.

Not only did the game changes outperform the expected net lift, but the six new units of Triple Fortune Dragon Unleashed also ended up surpassing the section average by more than 140 percent. Achieving this lift in one of the casino’s highest-performing sections was a big win — and it was done without diminishing the performance of any of the other games.

Although this is the final slot project covered in this case study series, the casino’s director of slot operations and the data analytics team are already planning how they can further leverage SRE and what new opportunities for improvement the system can provide. The team realized money was being left on the table simply because there wasn’t enough time to dig into all of the data, but with SRE, that’s no longer an issue. They can now capitalize on the trusted analysis that automatically provides consistent recommendations with quantifiable net lift projections in a matter of seconds.

So, what’s next? While this Slot Recommendation Engine case study series has come to an end, there are still plenty of opportunities to learn about the benefits and successes of SRE.

To learn how the Slot Recommendation Engine can help optimize your casino floor, schedule a demo or start your free trial today. 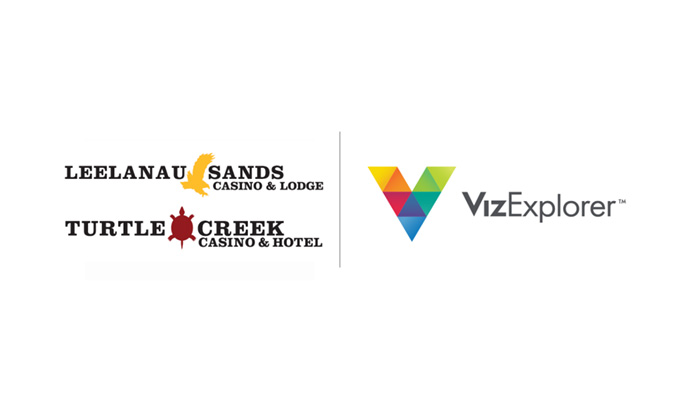 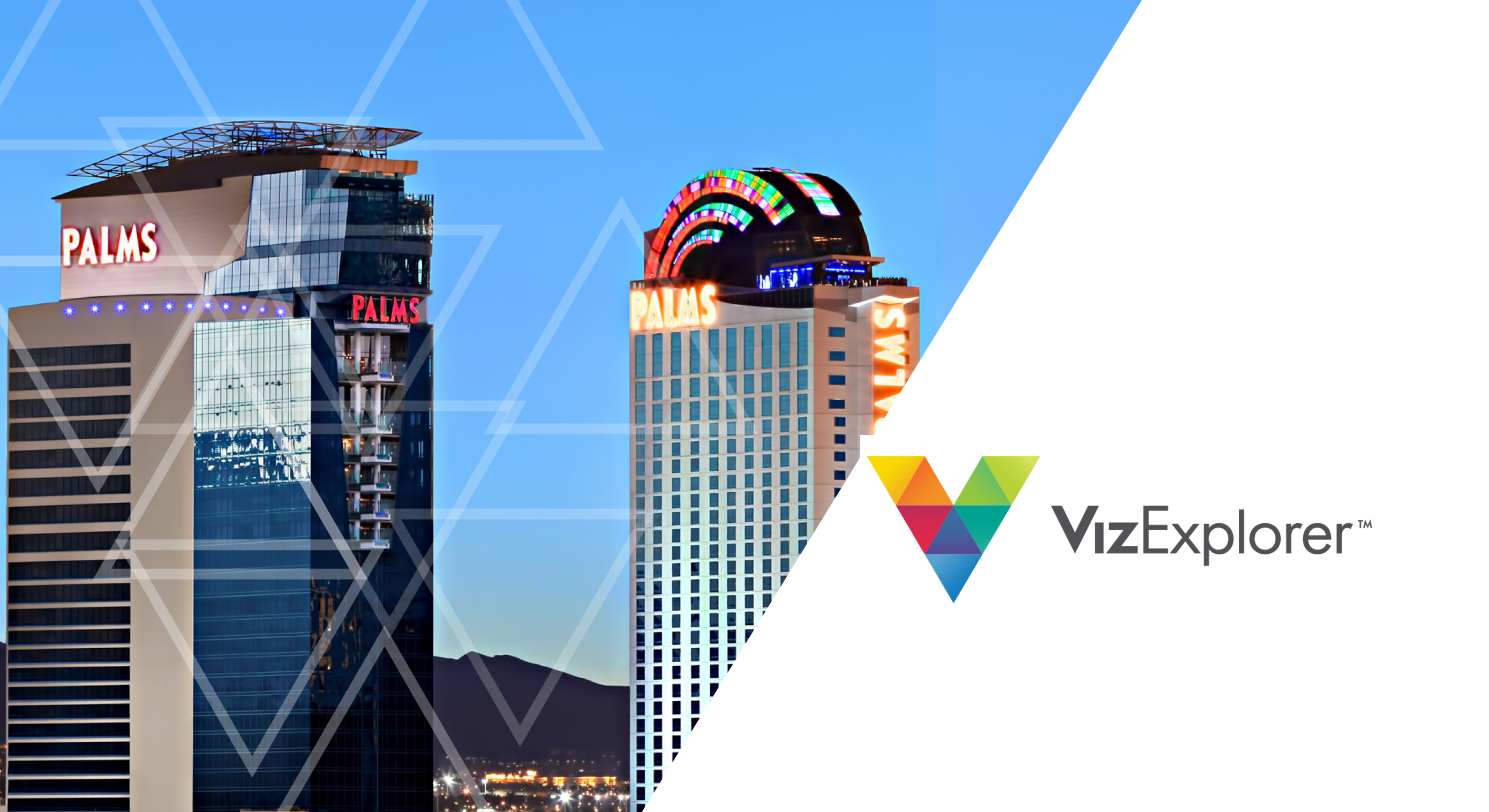 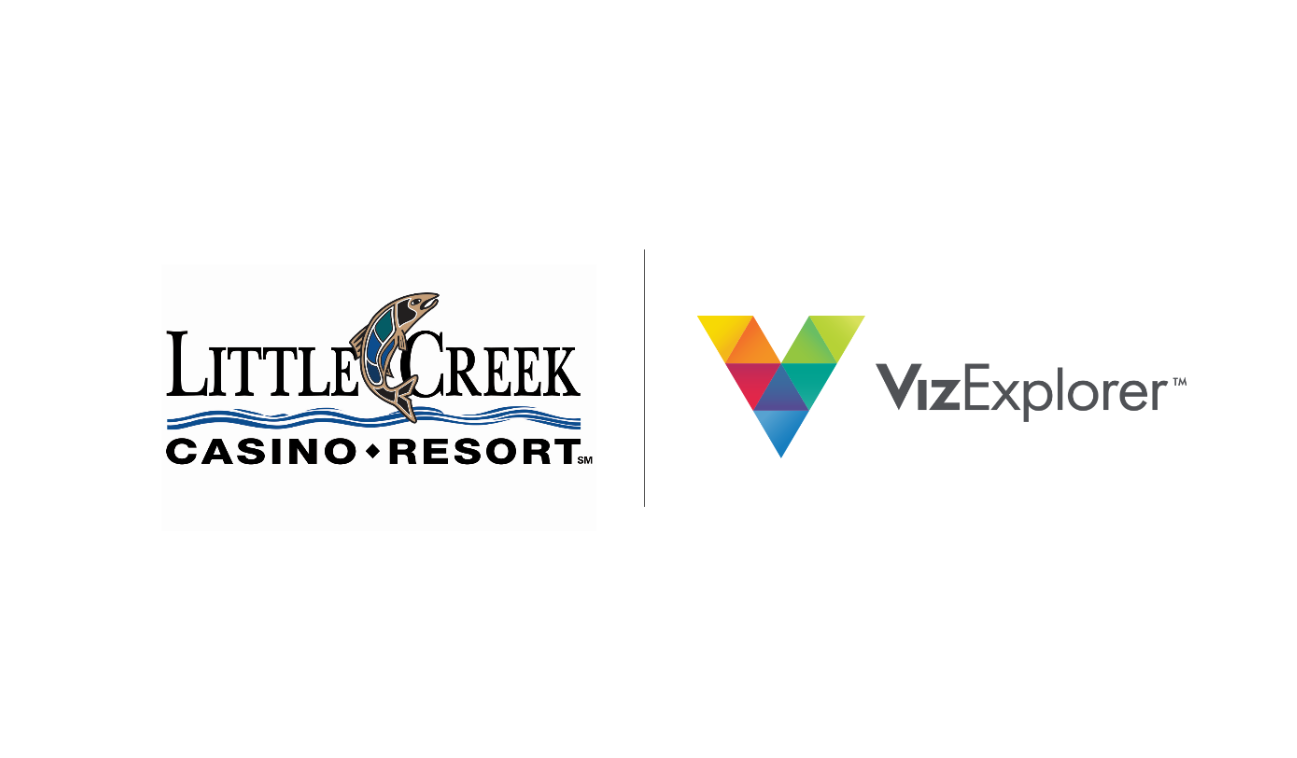 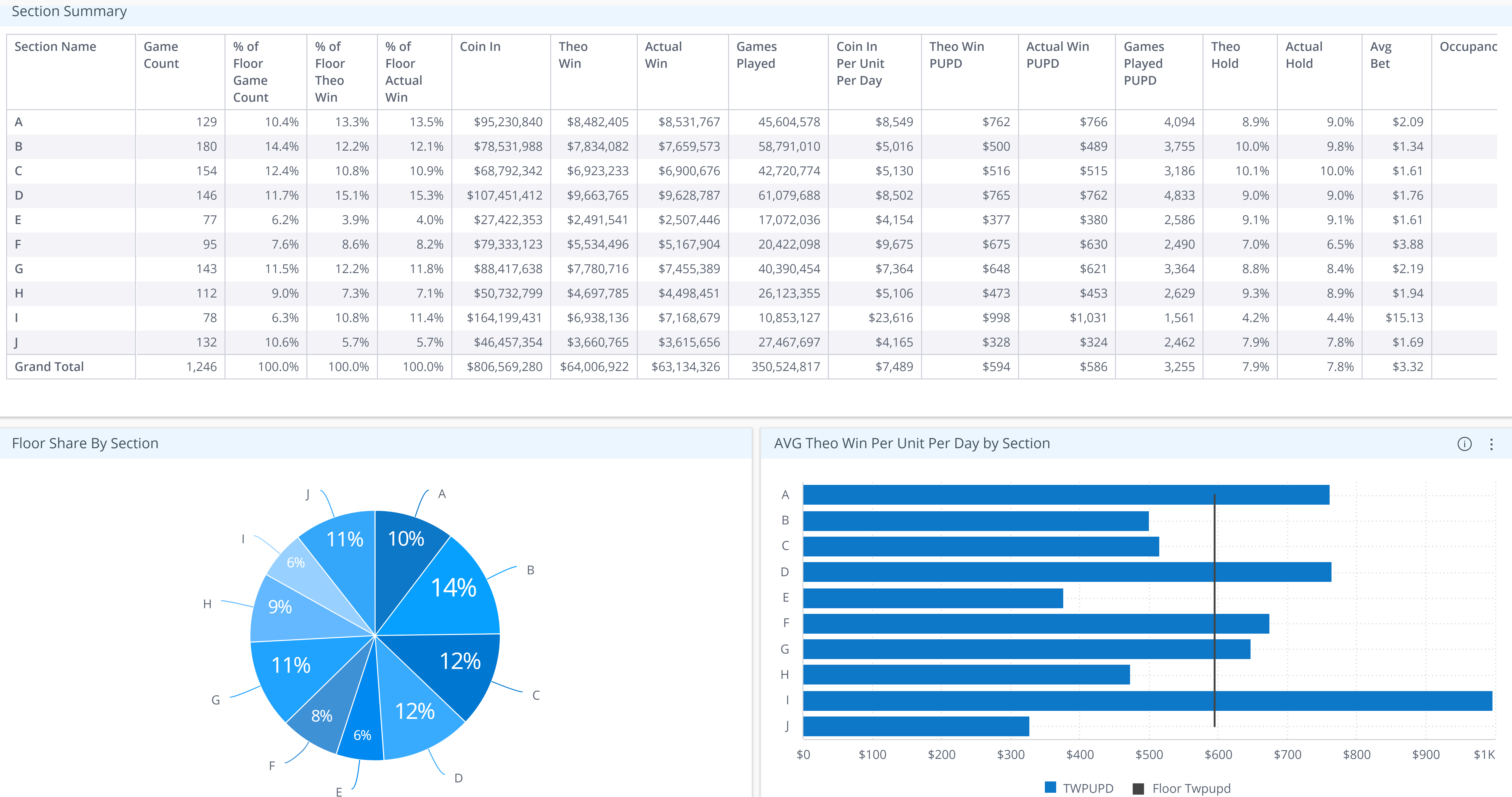